The questions we live in determine our ability to respond 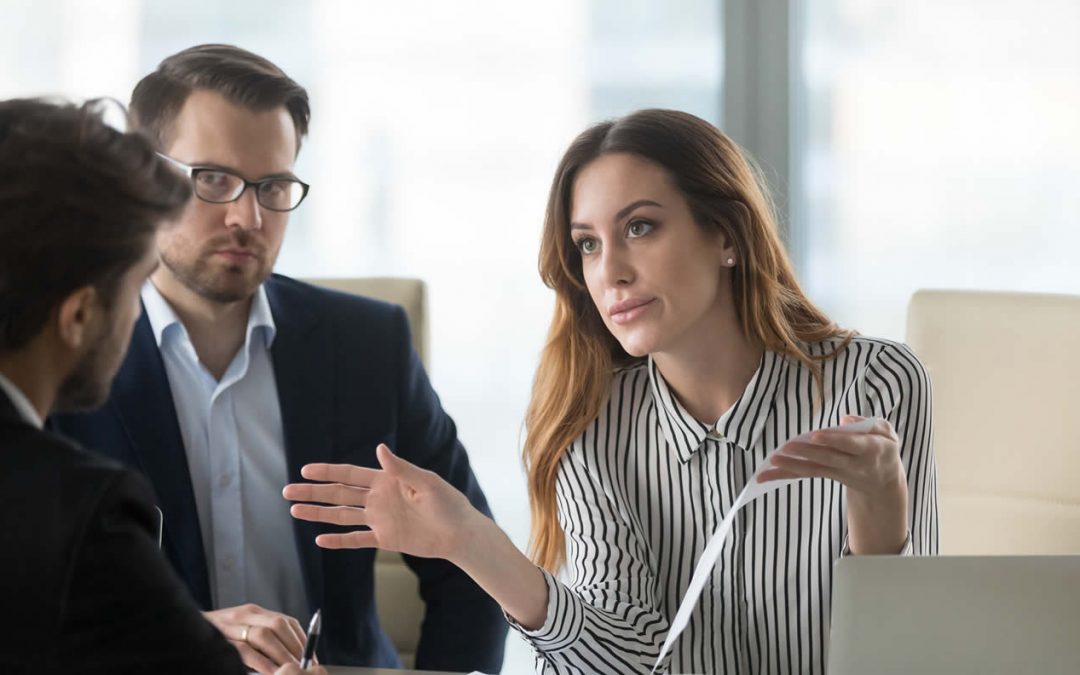 The questions we live in determine our ability to respond, whether that’s well or badly.

This week a client of mine, a female leader in a charity, who we will call Angela, was angry because a senior manager had gone to a member of her team Sarah and asked her to prepare at short notice a presentation for the board. Having delivered the presentation back to him, following hours of work, my client was peeved that she and this team member had not received a word of thanks. “How rude!”, she said, “after all that work we did on that presentation, we didn’t get so much as a thank you.” What made it worse was that the presentation was dropped at the last minute – and wasn’t even used.

Now I am not saying that praise doesn’t have its place in the workplace. Most people appreciate a heart felt thank you after completing a piece of work, especially when they have really put their back into it over and above a heavy workload they were already contending with.

But what made me curious as her coach was her part, especially how Angela was interpreting his actions, and the resentment that was therefore causing in her and the way that coloured her perception of him which was of someone she had decided before then as a man who was more interested in self-promotion than in caring for their team, caring for her team being a massive value of Angela’s.

So I kicked off with two of my favourite coaching questions: “what actually happened?” and “what are you interpreting his behaviour to mean?” Quickly we got to the nub. It wasn’t that this man (we’ll call him Jack) had gone directly to Angela instead of asking her team leader, my client. It was she said, “we had to do quite a bit of work, he didn’t recognize how much time it would take” followed by the judgment “he should have been more mindful of what he was asking!”

I challenged her. “Should he? Sounds like he was just making a request. How could he have known how long it would take to do?” and she realized straight away that there was a missing piece which was her taking responsibility as leader of the team to assess how long it would take and the capacity of the team to do it, given other commitments before agreeing for it to be done.

“But I don’t blame Sarah for taking it on,” she quickly added excitedly. “She is capable and ambitious and would know it was an opportunity for the team to gain visibility with the board.”

Ah… Opportunity, and the unspoken assumption that we must seize them whatever the cost, for if we do not, we will lose them forever. It even has an abbreviation these days, FOMO.

It also became apparent that the team she led was less visible than it should be, and through further questioning Angela was able to see for the first time that the very thing she deplored in Jack (self promotion) was the skill she needed to develop as a leader, so that she could be at choice about whether to accept future requests like this just and not feel compelled to say yes, because if she didn’t, the team would lose out.

We concluded the session with two actions, the first to assess the benefits of a potential opportunity and the capacity of her team, and then being willing to communicate the length of time a task would take or push back if the time, energy and resources weren’t available (however great the opportunity) and secondly, actions to raising her profile with two vital departments.

So I conclude this blog with some questions for you:

How do you respond to opportunities?

Do you always say yes regardless of whether you or your team have the time, energy or resources to complete it?

What if you could step back and assess whether this was the right opportunity (and what would make it so) for your team first?

As a leader, what do you see as your responsibility for assessing and protecting the capacity of your team, particularly when people more senior than you come calling?

And, when you find yourself reacting to other people, what if the very thing you despise about them, could be an opportunity for you to build your own capabilities as a leader?

Is what you call rude what they would call “clear” or” direct?” and two ways of seeing the same thing.

If you could stop yourself from thinking they were “misbehaving” what else might you discover?

If you’re struggling with “difficult senior people” or “time management” or looking to widen your range and effectiveness as a leader, why not book a consultation with us to discuss leadership development coaching. Further details are available on the Services page.