How to give feedback or criticism without hurting someone 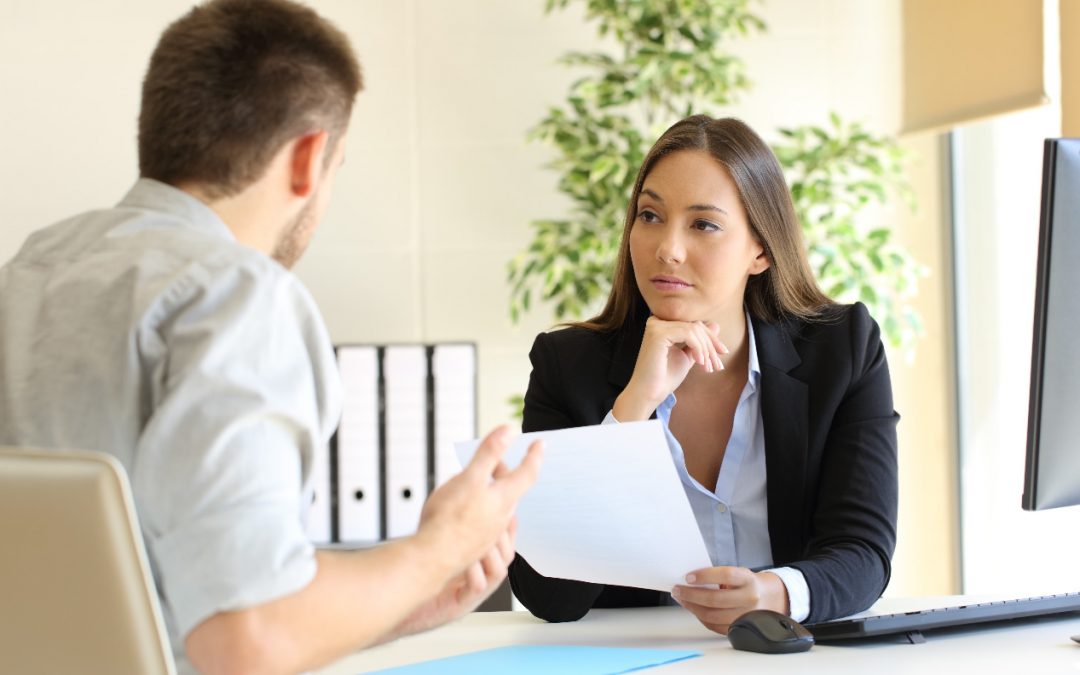 Giving feedback can be a great way to help employees recognise their strengths and improve on their weaknesses, but it’s not always easy to give.

No one, no matter who they are, enjoys feeling criticised – and someone who feels demoralised and unappreciated is unlikely to want to work hard or stay in a job.

With this in mind, the art of constructive criticism can be a very helpful skill when it comes to the workplace, to help employees perform well, stay engaged and fulfil their potential. So what is the best way to give feedback without hurting someone’s feelings?

“The first thing is the very words ‘can I give you feedback’ create a fight or flight response in the brain – it’s a threat response. This is why leaders hate giving feedback, particularly when it’s difficult, and why employees hate receiving difficult feedback,” explains Ros Toynbee, lead coach at Ros Toynbee Coaching.

“It’s because our workplaces are social places and we need to feel that we are recognised that we belong, and negative feedback potentially threatens our status within that work team because, on an unconscious level, we’re wondering if we will still have a job.”

Toynbee highlights that it’s important for a leader to set clear expectations and standards within a team, which makes giving feedback is much easier.

“It’s never an easy conversation, it always needs to be prepared,” she says. “So the first thing is to create safety and a connection with that person before you say anything. What you want to do is come from a place of consideration, compassion and genuine desire to them to be their best.”

When you prepare what you are going to say, make sure you have examples that you have observed. “Leave out interpretation, be really specific in your examples,” Toynbee says.

“The ideal thing is that if you set a standard, you can ask them to self-assess. Ask people how well they did with something, on a scale of one to ten, and praise what they did well,” she adds. “People will automatically default to what they didn’t do well, but build on what they can do better. It’s about asking them to self-assess to raise their self-awareness and understanding. Give them the autonomy to come up with solutions.”

Toynbee also advises signposting difficult feedback so the employee can mentally prepare. “Say, ‘I have some really difficult feedback to give you, I’m going to book a room to discuss it, it’s going to be tough’. They will be in a state of threat, we can’t really avoid that. Make sure the person isn’t having to do a meeting straight after that meeting.”

Liza Andersin, HR Director at findcourses.co.uk advises to avoid nursing the issue. “There is very well-known misconception that you have to begin your constructive criticism with a compliment and then follow with a ‘however’. In hindsight you might think this is a good method but what you’re actually doing is undermining the positive you have mentioned,” she says.

“When you wish to provide critical feedback it needs to be conveyed in a way the receipt can fix the error. If you separate the good from the bad, they will know that they are still valued and understand the issue which is up for discussion. Don’t mix them all together.”

What should you do if the person becomes upset?

If someone becomes upset, it’s best to stop as the individual is unlikely to be able to think straight and therefore the meeting will be unproductive, says Toynbee.

“So it’s better to say, ‘I know that’s a lot to take in, you’ll want to sleep on that, you’ll have questions about that, take yourself off for the rest of the day or don’t go to the next meeting of whatever. The next morning we’ll talk about the solutions’.”

“If the person you are giving feedback to becomes upset, then it is best to focus on the why,” Andersin says. “Always remember to focus on the good reasons you’re giving the feedback. Remind yourself and your employee by consistently saying things such as, ‘I need to share this with you because I want to see you grow here and better your career.’

“This brings perspective back to the employee that the feedback is given in a light which is positive to them and not to bring them down.”

What are the benefits of giving feedback or constructive criticism?

Giving feedback or constructive criticism can be a good way to help an employee improve – which not only benefits the company, but the individual’s confidence too.

“Constructive criticism can guide you in the right direction. It is helpful in building trust, if the feedback is communicated in the right manner it actually strengthens the employee-manager bond as it adds depth to the relationship,” says Andersin.

“Knowing that their boss cares enough to offer them advice will make them feel like a valued member with their best interests at heart. As a result this sees an increase in productivity and a boost of employee morale.”

A recent study by Deloitte claims that a third of workers were ‘not stimulated by what they do’ and a further 27% of employees are not ‘performing their best’.

I have to say that I am not particularly surprised by these figures. Too many organisations value raw metrics above allowing workers to truly understand the meaning of their role in the business and why everyone has a key part to play in the overall success of the operation.

The report, which surveyed a total of more than 15,000 workers across Europe, also found the UK lagged behind its European counterparts. On average, just one in five employees across Europe said they were not performing at their best.

Deloitte’s research also found older workers were the most motivated. Almost nine in 10 (87 per cent) of those aged over 55 said they went the extra mile to deliver good work, with fewer than one in five (18 per cent) reporting that what they do doesn’t stimulate them.

We use cookies to ensure that we give you the best experience on our website. If you continue to use this site we will assume that you are happy with it.Ok